This assignment is contracted to INNOVEX by the Department for International Development (DfID) on behalf of the Government of Tanzania to support the government in achieving sanitation and hygiene SDG as part of Water and Sanitation Hygiene (WASH) that entailed monitoring of sanitation and hygiene achievement during the 5-year campaign period. The consortium comprises of both international and local organizations namely: London School of Hygiene and Tropical Medicine, McCann Global Health, INNOVEX and EXP Marketing Tanzania. The Program had four major components; (i) Research and Design (ii) Behavior Change Campaign Implementation Support (iii) Monitoring and Evaluation of Behavior Change Campaign.

INNOVEX was involved in Behavior Change Campaign Implementation Support: to help the local government to align their activities with the National Sanitation Campaign “Nyumba ni Choo”, It involved different stages such as;

The sanitation campaign (2016 – 2021) was launched by the Vice President of Tanzania Hon. Samia Suluhu Hassan in Dodoma in 2018 with the aim of transforming communities to construct and use improved toilets rather than the traditional toilets that were built during the Mtu ni Afya Campaign. However, a survey by NBS in 2016 revealed that between 55 and 65%, were still using unimproved facilities, while 8 to 12% had no facility at all.

Currently, 66% of households use improved facilities, while 2% have no facility at all. Furthermore, the actual practice of handwashing with soap at critical times is around 44%.

In efforts to improve access to improved sanitation and ideal hygiene behavior, the Government through the Ministry of Health, Community Development, Gender, Elderly and Children (MoHCDGEC) continues to implement the National Sanitation Campaign. Remarkable achievements have been observed in some communities that have efficiently and effectively implemented the campaign.

Both the Mtu ni Afya and the National Sanitation Campaign have been successful in raising community and household awareness and changing behaviors on sanitation and hygiene. While the Mtu ni Afya Campaign focused on promoting the construction and use of any form of latrines, the National Sanitation Campaign focused on improved toilets. Phase 2 of the NSC continues to encourage the uptake of improved toilets and handwashing with soap nationally with a focus on institutional and community behavior change. Read More 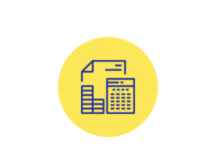 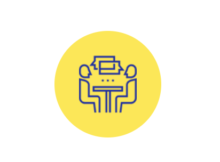